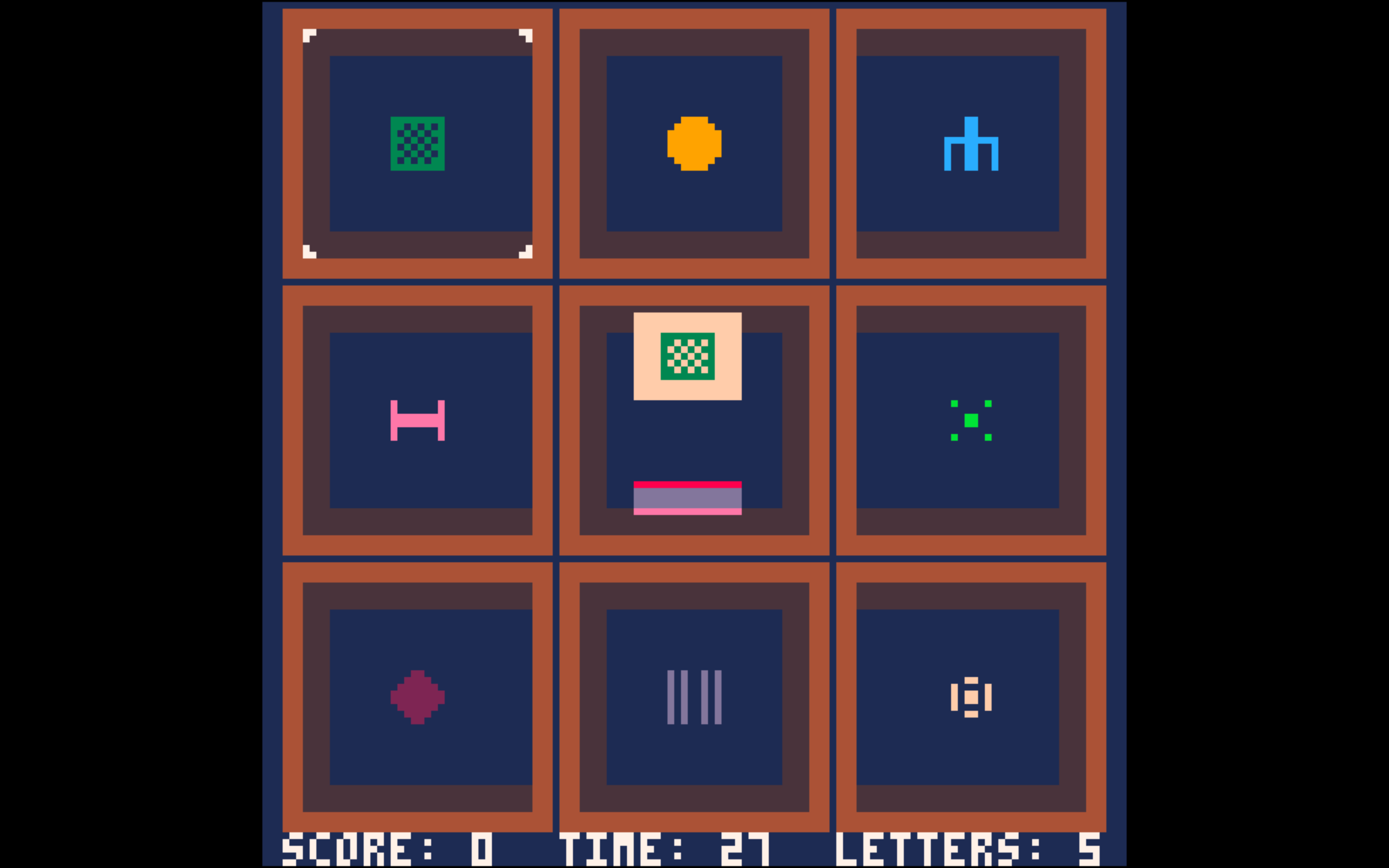 This was made in about two days in the rush before Christmas.

The aim was to make a simple game that tied into Christmas in some way and also worked to send messages to some friends who haven't really seen each other for a long time because 2020.

The original idea was going to have you controlling Santa's sleigh flying through the night. You'd have to dodge some obstacles which I never decided on, (rogue elves trying to stop Christmas or something?) and either periodically or at the end of each level, you'd have to drop presents from the sleigh down passing chimneys. I even drew the sprite for the sleigh.

This didn't take off (heh) for a couple of reasons. The first is that real time things like that have lots of moving parts to keep track off, which would probably have taken longer than I had. The second is that I had a bug involving negative numbers where negative DX would cause the sleigh to shoot off backwards far quicker than it went forwards. I'm sure I must have come across this before, I even looked at another game I made using DX movement, but I have no idea how I fixed/avoided it in that game. So Santa's sleigh was out.

I was still vaguely interested in the delivery idea though and was thinking about letters. Doing something with letters would be a good excuse to have some interlude with a letter for each person or something like that. One thing led to another (I'm not sure of the exact sequence of events) and I realised at some point that I was basically making a clone of the mail sorting mini game from Zelda: Wind Waker. Ah well. If it works it works.

So the aim of the game is simple. You flip over an envelope to reveal the stamp on the back. You match either the shape or colour of the stamp to one of the shelves and stick the letter in the right one. Simple.

Some things I was really pleased with:

Some things I wasn't so happy about: